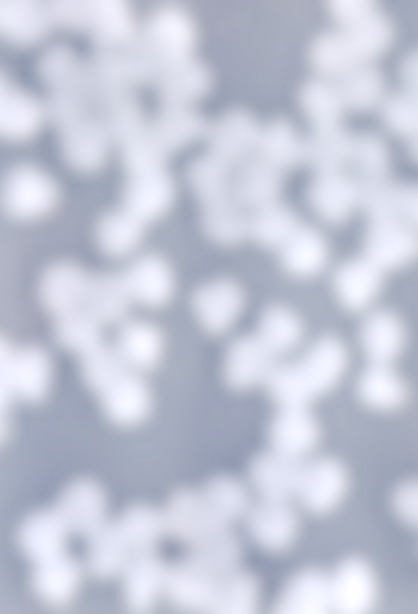 EPCEd.com      The Value of Experience - The Power of Knowledge
Copyright  2011-2023 by EPCEd
EPCEd announces the formation of an integrated curriculum for professional development, education and training in the major topics related to the production and use of emulsion polymers.  This comprehensive curriculum is composed of 9 complementary workshops, ranging from the basics of emulsion polymerization science through the technology of formulated coatings.  The individual workshops are designed to appeal to scientists and engineers working in research and development, and also those involved in pilot and commercial scale operations.
Contact us to learn about or schedule a workshop.
Signup for EPCEd information.
"I have certainly learned a lot about emulsion polymerization in the last three days. I intend to complete all 10 courses."
"I really liked this course and found it to be an excellent way to learn some key concepts." (Morphology)

You are invited to learn more about the details of these STEP n workshops by contacting EPCEd at [email protected] Industrial managers may be interested in contracting for a series of these workshops to be conducted at the company site for their personnel as a means of new employee professional development and/or as intensive refreshers for experienced professionals. While there are no prerequisites for participants, it is expected that they will have had university based education in chemistry, materials science and/or engineering.

The curriculum is named the Science and Technology of Emulsion Polymers, or STEP n , n being a particular workshop number. The full array of STEP n workshops is shown below. These workshops may be taken in any desired sequence, although some advantage is gained by taking STEP 1 (or an equivalent) first. All workshops are highly interactive in nature and limited to an enrollment of 24 so as to assure intensive interaction with the faculty. All of the EPCEd faculty members have cutting edge research accomplishments and extensive university teaching credentials, balanced with the realism of significant industrial experience. In our online format, workshops are designed to be 4 to 7 days in length, depending on the topic, with each day's session 4 hours in length. Our workshops are open to participants from a variety of companies. Arrangements can also be made to conduct any workshop at individual industrial sites with participants restricted to that company.

Learn More About the Instructors

Professor Donald C. Sundberg has been working in the field of emulsion polymers for 50 years. He received a bachelor's degree in chemical engineering from Worcester Polytechnic Institute (Massachusetts) and his Ph.D. from the University of Delaware. He worked on latex based impact modifiers for ABS resins with the Monsanto Company, scaling processes to the 10,000 gallon reactor size. He has extensive research experience in emulsion polymerization and is widely recognized for his work on structured latex particles. This has resulted in 100 peer reviewed publications and many conference papers. In addition he has conducted many workshops, most notably the one on latex particle morphology control, now in its 22nd annual offering. He spent a sabbatical year at the Institute for Surface Chemistry in Stockholm and was Chair of the 1997 Gordon Research Conference on Polymer Colloids. He is the 2016 Mattiello Memorial Lecture awardee from the American Coatings Association. His research interests are in polymerization kinetics in solution, bulk and emulsion systems, interfacial science and polymer morphology control, diffusion in polymers, and coatings. He is an Emeritus Professor of Materials Science at the University of New Hampshire and is the founder of Emulsion Polymers Consulting and Education, LLC (all workshops).

Professor Michael F. Cunningham has an extensive background in dispersed phase polymerizations, including suspension, emulsion, miniemulsion and dispersion polymerization. He received a bachelor's degree in chemical engineering from Queen’s University (Kingston, Ontario) and his Ph.D. from the University of Waterloo. He spent six years working on dispersed phase polymerizations in the Xerox Corporate Research Group, acquiring experience in process scaleup and technology transfer to manufacturing. He has an active research program in polymer colloids and emulsion polymerization, particularly in the area of living radical polymerization, publishing over 200 peer-reviewed papers and holding 26 U.S. patents. He is secretariat of the International Polymer Colloids Group, and holds an Ontario Research Chair in Green Chemistry and Engineering. He has consulted with several companies in the area of emulsion and suspension polymerization, and lectured for ten years at industrial short courses on emulsion polymerization in the USA and Switzerland (Scale-up and Commercial Operations and Latex Characterization).

Professor Raymond H. Fernando has been the Arthur C. Edwards Endowed Chair and Director of Polymers and Coatings Program within the Department of Chemistry and Biochemistry at California Polytechnic State University since 2002. He received his Ph.D. in 1986 from North Dakota State University in Polymers and Coatings, emphasizing studies in the coating rheology field. He has fifteen years of industrial experience in coatings, with extensive knowledge in waterborne technology. He was a Lead Research Scientist in R&D at Air Products and Chemicals, involved with the rheology of a wide range of coatings and adhesives, coatings for electronics, and nanocomposites, and was a Program Manager for Armstrong World Industries, running the coating research program that supports global manufacturing and marketing needs of Armstrong Building Products Division. His current research at Cal Poly includes understanding nanoparticle reinforcements of coatings, impact of coating raw materials on rheology, and low VOC coatings. Dr. Fernando has many publications and patents, and has given numerous lectures and presentations related to coatings science and technology. He received the Federation of Societies for Coatings Technology President’s Award in 2005 (Rheology Fundamentals & Applications for Synthetic Latices and Associated Coating Formulations).

Professor W. Marshall Ming is currently the Distinguished Chair in Materials Science and a Full Professor in Chemistry at Georgia Southern University. Prior to joining Georgia Southern in 2011, he was a faculty member at University of New Hampshire (2007-2011) and Eindhoven University of Technology (2000- 2007) in The Netherlands. His current research focuses on multifunctional polymer materials and coatings, including super-repellent, antimicrobial, anti-bioadhesion, antifogging/frost-resisting, and self-healing coatings, as well as smart coatings for detection of early metal corrosion and preemptive corrosion prevention. He has so far published 83 peer-reviewed papers, 8 book chapters, and 3 issued US patents. He received a First-Place Roon Award from American Coatings Association in 2012 (Hybrid Latex Systems).

Dr. Jeffrey M. Stubbs is a Latex Ink Chemist at HP, Inc. at their R&D site in San Diego, CA. Prior to that, he spent 11 years as a Senior Scientist at DSM Coating Resins in Wilmington, Massachusetts. Before moving to industry he spent over a decade at the University of New Hampshire working to understand the factors controlling latex particle morphology development while completing B.S. and M.S. degrees in Chemical Engineering, and a PhD in Materials Science. He enjoys putting his understanding of emulsion polymerization, particle morphology and polymer science to use in developing new latex binders for paints and coatings, and now for latex based inks, with improved performance and reduced environmental impact (Core-Shell Latex Particles – Fundamental Aspects of Morphology Control).

Professor John G. Tsavalas is an Associate Professor of Chemistry at the University of New Hampshire, the director of the Nanostructured Polymers Research Center, and the deputy director of an interdisciplinary multi-department research center at UNH centered around Advanced Materials (CAMMI). He received his PhD in Chemical Engineering from The Georgia Institute of Technology (Atlanta, GA, USA) after which he was a Senior Research Scientist in The Dow Chemical Company (Midland, MI USA). In industry he worked on a wide variety of polymer colloid related R&D with particular emphasis on nanostructured latex particles. At the University of New Hampshire, Professor Tsavalas’ current active areas of research are colloidal nanostructure morphology development, sustainably derived polymer colloids, the interaction and distribution of water in polymer colloids, and dynamic modeling of interactions, kinetics, diffusion, and phase separation in colloidal systems (Hybrid Latex Systems and Core-Shell Latex Particles – Fundamental Aspects of Morphology Control). 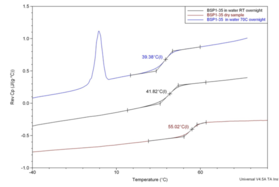 EPCEd.com
EPCEd is offering three of our most popular workshops in 2023.
The first is our longest-running workshop, Core-Shell Latex Particles - Fundamental Aspects of Morphology Control. This workshop will be held on the campus of the University of New Hampshire in Durham, NH, USA on June 12-14, 2023.
Click here for the 2023 Workshop Schedule.